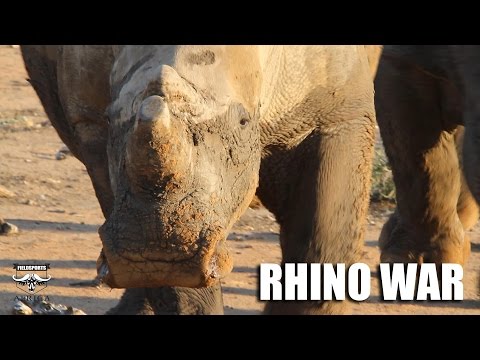 Piet Warren looks at the carcase of his latest dead rhinos and says resignedly: “Live rhinos are worth only a third of dead rhinos. If you are worth more dead than alive, you will die.” This dead iconic African animal is yet another reason why the trade in rhino horn must be legalised. Conservationist and […]

Around 300 shooters paid US$50 each to take part in the 2017 Eastern US Predator Calling Championship in Virginia. Brown and Mike Burgess from Maryland won the most kills category with 31 foxes. The US$6,000 grand prize for most coyotes went to Alex Poole and Logan Jones of Tennessee with 20. For more go to whackstarhunters.com/predator-calling-championship/

How to Reload Your Own Ammunition

Expert deerstalker Roy Lupton shows the kit and the techniques you need to reload your own rifle ammunition, from start to finish. For more info about the kit Roy is using – Tikka in .25-06, Stalon Mod, Federal Ammo and Steiner Optics – go to http;//www.gmk.co.uk For the RCBS press, go to www.rcbs.com This film […]

The Swedish work their elkhounds on a variety of big game. Tim Pilbeam is out to shoot wild boar flushed by an elkhound in Sweden. For Sauer rifles, go to www.sauer.de For Harkila clothing, go to www.harkila.com For more about Mamima Jakt, go to www.mamimajakt.se This film was first shown in Fieldsports Britain episode 373. […]

We are flushing wild boar with dogs this week. Tim Pilbeam is in Sweden to find out how they do it. Meanwhile, Roy Lupton uncovers the mysteries of reloading, and Beth Silvester gets an interview with a rhino farmer, who says how to end rhino poaching. Here are the links to the items: ▶ Tim on […]