It’s the roe deer rut. Equipped, as he is, with Luptonite, deerstalker Roy Lupton is able to bring in not just roe does and roe bucks but a surprised stoat with his buttolo call. Roy is being a ‘goldilocks’ stalker. He doesn’t want to shoot a buck that’s too small or one that’s going to […] 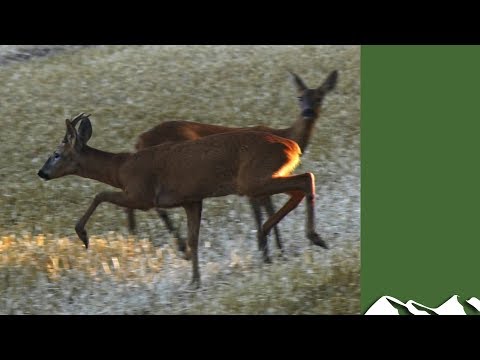 Want to see Britain’s prettiest deer? Go out with a deer stalker at the end of July and you will be treated to the sight of the roe rut, the time of year when roebucks show themselves and chase each other around as they compete for the attentions of roe does. Roy Lupton is able […]

Jaf Jefferson is out on rape stubble that’s about to be redrilled. The farmer wants the pigeon numbers knocked back and Jaf’s the man for the job. Plus he has his own top tips for pigeon shooters. ▶ Jaf’s own YouTube channel ▶ Click here for all of Jaf’s films on Fieldsports Channel This film […]