The Frontline Walk, with Chris Green

On the centenary of Armistice Day, fieldsports enthusiasts join the Frontline Walk to raise money for ABF The Soldier’s Charity. They walk the 100km from Arras to Ypres – and they do it in wildfowling, gamekeeping and foxhunting kit, as a mark of respect for the many people from the world of hunting and shooting […] 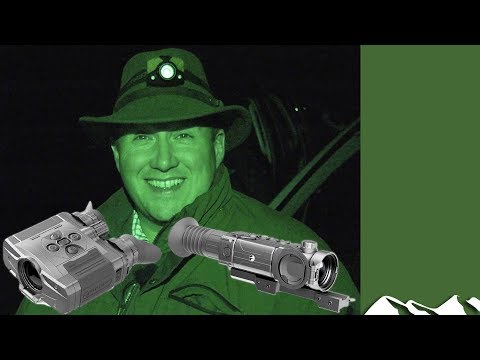 Roy Lupton tries out two thermal imagers designer for fox shooters. They are pricy – the range £3,000-£5,000 but they are superb. He uses them to clean up a load of lamp-shy foxes have has had his eye on for a whole. This item appears in Fieldsports Britain, episode 467 Fcha.nl/fieldsportsbritain467 ▶ Pulsar Accolade XP50 […]

Cai Ap Bryn is a hunt swap. He goes to visit Johan Trygve ‘Trigger’ Solheim of the Svanøy Foundation in Norway to go deerstalking. While there, Trigger teaches Cai how to call red stags the Norwegian way. ▶ For more about the Sauer 100 and Minox scope, talk to the distributor via Blaser-Sporting.com ▶ Cai’s […]

Need to shoot lamp-shy foxes? Roy has got £8,000-worth of Pulsar thermal imaging kit to play with – and it’s devastatingly effective, especially on troublesome foxes that run away at the first glimpse of a lamp. He makes a big dent in his problem foxes. That’s not all. Cai Ap Bryn goes on a ‘hunt […]