Wayne Martin is an expert shot with a slingshot. He goes out with Andy Crow for a mooch around the farm. Andy wants him to have a go at squirrels and feral doves. Wayne shoots enough with his catapult for a good moocher’s pie. ▶ For more about Wayne’s slingshots, visit Facebook.com/CattyShackShooter ▶ Wayne and […]

We have got everything from smart driven pheasants to mooching around with a slingshot in this week’s show. Wayne Martin is the man behind Catty Shack catapults, and he pops over to Andy Crow’s farm to show how he sorts out both farmyard and woodland pests. It’s amazing shooting. He kills a squirrel stone dead […]

How does a brilliant match air rifle shot achieve those scores? Watch as a British junior air rifle shooter breaks a national record. At a competition in Luxembourg, the RIAC 2018, Pheobe Taylor of Rugeley Rifle Club broke the GB Junior record for a qualification. She eventually came 8th in the Air Rifle Women Juniors, […]

Rifleman Firearms in Somerset, UK, is close to finishing its new indoor rifle range. The building will open in February 2019, will have five firing lanes and includes 500 metres of rail for the targets to run on. Visit RiflemanFirearms.com for more details. Images by Andy McGarty 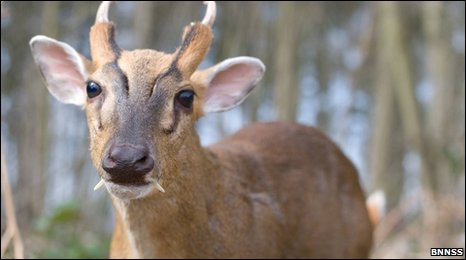 Belgium has charged two government officials for breeding, releasing and then shooting muntjac deer. Two forest rangers, one from the Nature and Forest Agency and one from the Agriculture and Fisheries Agency, are to go on trial in Leuven for breeding muntjac, releasing them into the wild, shooting them and selling the meat. European pro-hunting […]

Antis are targeting a local councillor in Wales who is studying deer in New Zealand. They say James Evans, pictured here with prime minister Theresa May, should not keep his role as a member of Powys County Council after he won a National Farmers’ Union scholarship to study deer farming and venison production. Instead of […]

You can learn hunting and shooting at school in America. Iowa Department of Natural Resources runs a hunter’s education programme alongside its apprentice and mentor hunting programmes. The state of Iowa also runs shooting sports initiatives in schools and even hunter safety as part of its physical education class curriculum. And it runs a programme […] There may be a new world record whitetail deer. Keith Szablewski of Illinois (below right) shot what could be a record-setting buck during the first week of shotgun hunting season. The animal’s antlers have 51 points, beating the previous record of 47 points, set in 2016 by Stephen Tucker of Tennessee (below).