How good is copper, tin and even bronze at shooting straight and killing animals? Firearms expert Andrew Venables tests out all kinds of lead-free rounds at Tim Pilbeam’s range in Sussex and gives his verdict. Meanwhile, Jaf Jefferson from the South Somerset Ferreters has a nighttime date with a fox – and gets more than […]

Firearms expert Andrew Venables has a guilty secret (innocent secret?). He prefers copper bullets to lead bullets. In this film, he puts copper bullets through their paces on a range, showing how they win on both accuracy and fillability. Thanks to Tim Pilbeam for letting us use his range. Have a look at these […]

Meat damage is one of Andrew Venables’ primary reasons to move away from lead bullets. For him, the argument revolves around weight retention. “You’ve seen the x-rays, you’ve seen the ballistic media, the different pictures going around on social media. 40% of that bullet is left in the animal. Copper retain literally 99% of their […]

Like every ethical hunter in the Western World, Andrew Venables wants a clean kill. The firearms expert reckons the bullet that does that best is not made of lead. It’s made of copper – because it’s such a fast bullet. “Having spent a lot of time shooting lead bullets, particularly with boat tails, you […]

What non lead bullets can you buy

In the 1990s, Andrew Venables was at a US gun show where a mini revolution was taking place. He had no idea at the time that the non-lead bullet Barnes was launching there would change his deer stalking. He says it took about two years for the Barnes bullet to be exported to the […]

A fox and her cubs – shoot or don’t shoot?

Jaf Jefferson takes his night vision out shooting. He is protecting a farmers’ lambs from hungry foxes. But when he comes across a vixen and her cubs, what does he do? Find out in this film… The new Yukon Photon RT replaces the old XT. If you are in the UK and want to […]

How I got my confiscated gun back

What do you do when your gun has been confiscated on a stopover in a foreign country while you’re on your way back to the UK? Will Thompson (@waathompson on Instagram) was hunting in New Zealand when the coronavirus lockdown was enforced. He and his girlfriend decided to cut short their trip and head […]

From the beginning of April, wildfires rage across the UK’s uplands, burning hardest where there has been either poor management or rewilding. Just days into the month, there was a huge fire on Marsden Moor, just outside Huddersfield. West Yorkshire Fire and Rescue Service sent 10 fire engines at the fire near Deer Hill Reservoir. […] 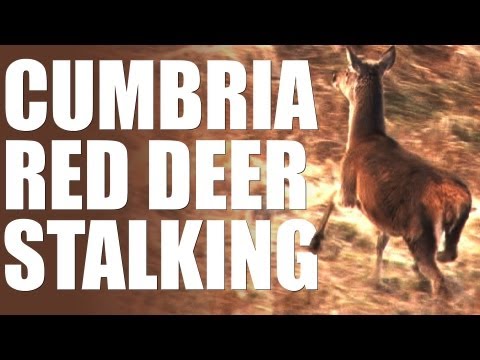 Whilst test-driving the new Subaru Forester we thought it would be rude not to try some hill stalking in the stunning wild Cumbrian countryside. Sporting Shooter Magazine editor Dom Holtam is finding the going hard as we go after a young stag but the plan changes when we spot two unhealthy hinds. This item first […]