Welsh Government turns its back on countryside

The Welsh government says it no longer supports shooting sports, which casts doubt on the future of huge swathes of the Welsh countryside. Shooting organisations including the National Gamekeepers Organisation are seeking urgent meetings with Welsh ministers in order to find out if this is ignorance or simply political posturing. The NGO’s Tim Weston explains what they are trying to do to news editor Ben O’Rourke.

The Welsh government has done something rarely seen in politics: it is sticking to its manifesto. That’s bad news for shooters, as the particular issue is shooting, which it made clear, in writing, it doesn’t like.

“I understand the control of certain pest species is sometimes necessary,” wrote climate change minister Julie James, “but just to be clear, the Welsh Government do not support the shooting of live quarry as a leisure activity.”

The National Gamekeepers Organisation is disappointed with the message, which was part of a letter sent to the Aim to Sustain group of fieldsports organisations.

“Any minister that puts in black and white that they don’t support recreational shooting in a whole country needs to be taken seriously,” says Tim Weston,

The NGO is calling on all shooters in Wales to write to the minister and complain about the government’s stance. It is unclear, though, whether the Welsh government plans to take action more than announce their opposition to sport shooting.

A ban on shooting, Tim says, would be devastating.

Gamekeepers and their families will be forced to leave the country if they want to continue their careers. Millions of pounds will vanish from rural communities that rely on shoots for their livelihoods, including hotels, restaurants and shops.

Not only that, but rare species that live on grouse moors, such as curlews and lapwings, will be under threat if the land is not managed for shooting.

“That £72 million is still coming in and keeping many of these small businesses open.”

Welsh Government turns its back on countryside

www.youtube.com/watch?v=_xukFvf5z0Y The Welsh government says it no longer supports shooting sports, which casts doubt on the future of huge swathes of the Welsh countryside. Shooting

Wild Justice has lost its court case to limit pest control in Wales. In a High Court judgement, Judge Jarman QC rejected all three of

Attacks on shooting sports by the anti-gun and animal rights lobby are having no effect on gun ownership in England & Wales.   According to

Zoo plans to destroy its animals

by Ben O’Rourke “I’d rather starve than watch these die,” Tracy Tweedy tells me inside the Snake House, one of the exhibits at Borth 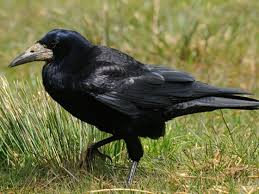 The Welsh government has banned the shooting of several birds under new general licences. Due to come into force on 7 October 2019, there are

The League Against Cruel Sports has stopped shooting at a Bettws Hall shoot. The Welsh shoot operator leases the 750-acre estate at Gregynog Hall in

Feel free to share this story with the these buttons

Was that story useful?
Please support our work. Fieldsports Nation is the collective name for members of the countrysports community who have banded together to support our work promoting hunting, shooting and fishing.
We make an impact by funding a movement that informs the public and government policies.
Please click here.